Terese Allen has written scores of books and articles about the pleasures and benefits of regional foods, sustainable cooking, and culinary folklore. She is co-author of the prize-winning expanded edition of The Flavor of Wisconsin, an extensive history of food and cooking in the Badger State, with more than 450 recipes. Among her other titles are: The Flavor of Wisconsin for Kids, Wisconsin Local Foods Journal, Fresh Market Wisconsin, Wisconsin Hometown Flavor and The Ovens of Brittany Cookbook. In this interview, she shares about how growing up in Wisconsin prepared a path for her into the culinary world. 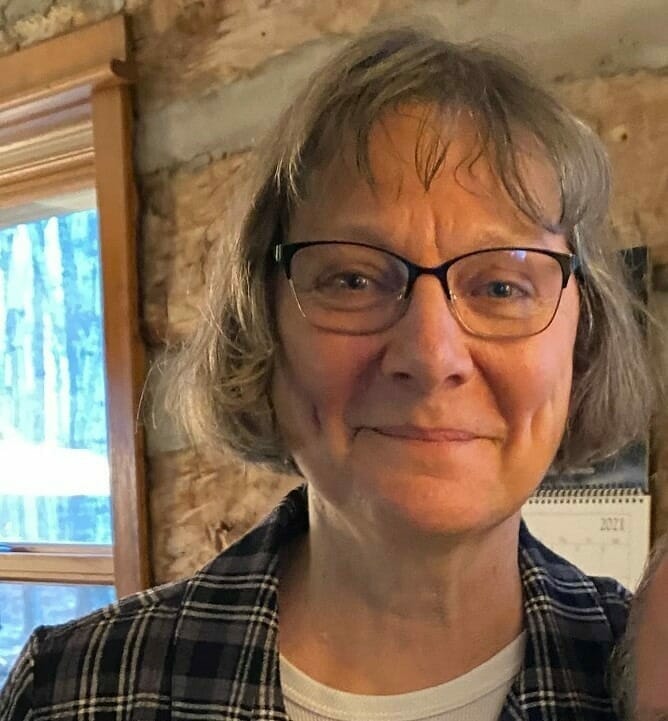 How did you develop your interest in the culinary world?

I think it happened partly because of where I grew up. Nobody would mistake Green Bay, Wisconsin for a culinary Mecca, yet, for a small city in the northern Heartland, it’s particularly rich in food traditions. For one thing, as one of the nation’s oldest permanent settlements, the area has a lengthy food history to draw from. It’s rich in waterways, woodlands and farmlands that yield a bounty of wild and cultivated crops and products. And the Green Bay region has been populated by numerous ethnic groups, adding many flavors to its culinary mix. My big family’s three-story, nine-bedroom home was within a few blocks of Buddha’s Butcher Shoppe, Emmel’s Bakery and Kaap’s Chocolate Candy Store. My oldest sister, married to a dairy farmer, kept a large vegetable garden and a raspberry patch. I grew up knowing and enjoying a great variety of foods: seasonal farm produce, fresh fish, meats and dairy from local sources, and ethic specialties like German bratwurst, Polish kielbasa, Bohemian kolache and Belgian pie.

Because my family was large, we all cooked–mostly from-scratch foods that were based on simple, quality ingredients. High, round loaves of caraway-studded rye bread, that my grandmother baked when she visited once a week. On meatless Fridays it was a big pot of potato soup or fresh lake perch. We ate pies and cobblers from fruit we picked and canned ourselves. Popcorn on Sunday nights was one of our simplest and best meals. We’d eat it watching Ed Sullivan and then crack and pull the nuts of hickory nuts that we had gathered ourselves.

I guess my main point here is that I had access to a lot of great food! But also, I had an innate fascination for food from very early on. As a very young kid I zoomed in on the details of food. Take grilled cheese sandwiches: Velveeta amazed me—its kindergarten-orange hue–how it oozed into large, molten drops when the hot sandwich was cut open. I can still conjure the lacy, near-burnt edges of the eggs my father fried in bacon fat on Sunday mornings after church. Food just drew me. Eventually I went to cooking school and well, it just went from there. I grew to like everything about food: growing it, cooking it, eating it, researching about it, talking about it. It became the lens through which I view and experience the world. I love that food can teach you about the land, about history, culture, and people–who they are, where they come from, who they are, and what they value.

What makes Wisconsin special when it comes to cooking with local flavor?

Its diversity. When it comes to food and cooking, most people think of Wisconsin as a “meat and potatoes” kind of place–a plain-Jane region where cheese, brats and beer are the only highlights of its culinary culture. Nothing could be further from the truth. Indeed, so many things about Wisconsin–its geography and climate, its history of multi-ethnic settlement, the mix of agriculture, of economies, of religions and more–have and continue to contribute to a food culture that is very plush, very diverse. I’m not talking about restaurants here–or just restaurants–I mean all the sources where you can access local foods–cheese factories, butcher shops, bakeries, farmers’ markets, roadside stands, CSAs, you-pick operations, microbreweries, wineries, cider houses, orchards, specialty food stores, woods, waters, fields, orchards, supper clubs, diners church suppers and on an on. We are way, way more than meat and potatoes…or cheese and beer.

Do you have any tips for people cooking with garden vegetables?

Well, there’s the obvious stuff like, keep it simple and don’t mess with fresh. But my tip is this: You don’t have to use it all now! For a few years I wrote a column called Cook It Forward, a kind of DIY approach to preserving food in really simple ways. There’s more and more cooks today who craft high-quality foodstuffs from scratch and make the most of seasonal ingredients. You can do that with a garden. But DIYers don’t just cook–we freeze, pickle, make stocks, dry and ferment. That way we can eat deliciously all year long. (And dang if we aren’t healthier for it, too.)

What does sustainability mean to you as a chef?

END_OF_DOCUMENT_TOKEN_TO_BE_REPLACED 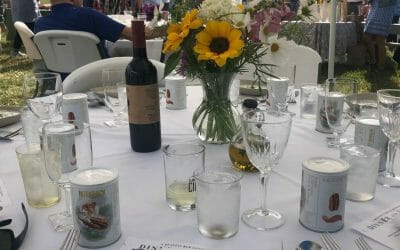 A Recipe From Dinner in the Vineyard

We are grateful to everyone who made Dinner in the Vineyard a wonderful and successful event, including chefs and...

END_OF_DOCUMENT_TOKEN_TO_BE_REPLACED 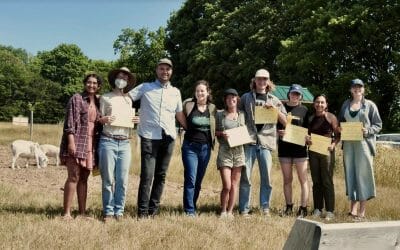 This first appeared in the Washington Island Observer.  This summer Gathering Ground hosted seven students for its...